Composing music for videogames and other forms of visual media requires the individual writing the music to take a different approach from writing songs. As video games more often than not follow a concept, or some form of storytelling, this requires reinforcement in aspects of its creation, such as the music.

Writing a popular song can consist of a few chords and a melody. Often these can be chords that sound nice with the melody that is being sung. However thought is often not given as to how the melody and chords can interact to portray a certain emotion, and therefore have  psychological effect on the listener. When it comes to composing for visual media though, thought needs to be given to this, and how both the melody and chords can shape the individual’s experience of what they are either playing or watching.

This is where the idea of an overall concept comes into play. A concept can help paint a picture. Of course when it comes to videogames the concept will come from the developers as they will be the decision makers behind how they want the story to be shaped and the overall outcome. From this though the composer can take away many aspects that can aid in their endeavours. Let me explain further with a game I am currently composing for. 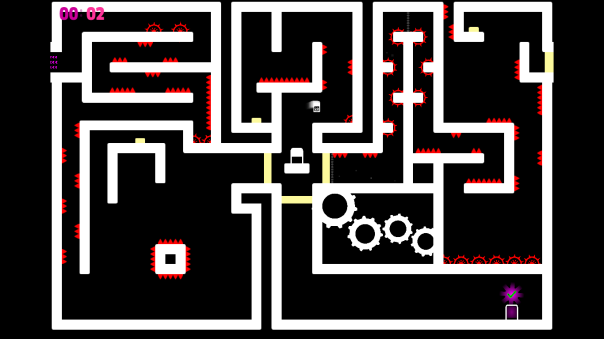 Once Upon A Platform is a challenge based game where the player has to move through levels, avoid obstacles and reach end stages. The developer (Klim Bloom Games) wanted to explore various human emotions throughout the game and provided me with a list of keywords which are to be the names of the various chapters in the game. The chapter names are below:

When presented with these words as a composer what would your first thoughts be? Mine were, “how can I reinforce the meanings of these words with music?” This question alone opens up a collection of other points that can be addressed, such as:

Approaching projects like this allows the composer to break down what needs to be taken into consideration when creating the music for the game, in order for it to reinforce the overall concept and story of the game. This can then be taken a step further and when developing the main theme for a game you can take the essence of the concept/story and portray it in a singular piece of music. This was my aim with the below main theme for Once Upon A Platform, to encapsulate the keywords of the chapters.   Joe Gilliver – BA Hons (Ocular Audio) Composer | Producer | Sound Designer www.ocularaudio.com

If you want to know more about Once Upon A Platform  and download the free demo, please head over to KlimBoom Games.

And don’t forget to vote for it on Steam Greenlight!
http://steamcommunity.com/sharedfiles/filedetails/?id=432378138

I’d like to commend both Thomas from KlimBoom Games & Joe from Ocular Audio for their work on what looks like a cool and fun, neo-retro game. I particularly like the clean, minimalist look while the music matches the on-screen action perfectly – Demos

We’re almost a fortnight into 2015 and I hope it’s been going great for everyone. Here at 16-BIT Shock HQ, things are moving along at a brisk pace. Work on game projects resumed early last week, after a short holiday break. 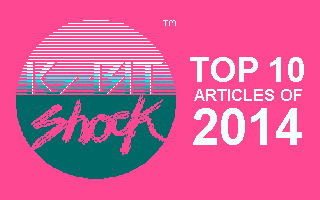 Before moving on with fresh content for the new year, let’s take this opportunity for a brief recap of top posts on this blog. Several articles proved to be quite popular with readers and it would be great to showcase them again. Particularly for those who discovered this blog, only recently. The following list features a quick rundown of those posts truly, resonating with folks during 2014, and my personal viewpoint of why that is the case.

Just click on the relative heading and you will be taken directly to the article:

Plenty of reading there, great way to start the new year I would think. Future articles will tread similar ground for the most part. However, there will be a shift in focus around the periods when I’ll be releasing my game projects. Naturally there will be greater emphasis on these as should be expected.

Taito is a game company I’ve always had a soft spot for. We don’t hear much from them these days but they are still around. I believe they were bought by Square Enix as of 1995 and the rest as they say, is history. Sadly, it seems that Taito is now a shell of it’s former self – an arcade heavyweight with an enviable back catalogue.

The majority of titles mentioned above are lauded enthusiastically by retro game fans, worldwide. Certainly Taito provided the good times, leaving many of us with fond memories. Simple games, stylish games, colourful games with straightforward missions and game play. Hundred percent arcade experiences with no false pretense of attempting to be anything other.

I guess one of the charms of a Taito game is in it’s pure simplicity. No unnecessary bells and whistles to cloud proceedings. Leaving us with nothing more but a video game in it’s utmost sincerest form. Arkanoid and it’s sequel – Revenge of Doh, exemplifies this splendidly. While essentially a Breakout clone at it’s core, Arkanoid bends a few rules and eventually comes into it’s own. Power-up capsules, enemy ships and cleverly laid out brick formations helped to elevate it above Breakout and other similar clones.

Nevertheless, even with those few additions, Arkanoid and Revenge of Doh are amazingly simple and addictive games. And I never tire returning for another go. They hold up well to this very day, still exuding a fine and dapper air while never having lost the fun factor. Everyone with even a passing interest in games should experience both at some point in their lives.

From a game developer’s standpoint, much can be garnered from Taito’s past output. I won’t hide that there is some influence on my project. Maybe it was inevitable, having played so many of their games since my youth. Fortunately it’s a positive influence and that can only be helpful in the end. The process of developing my game has gradually taught me to keep things simple. Complicated and bloated concepts are stripped away but keeping the fun close by.